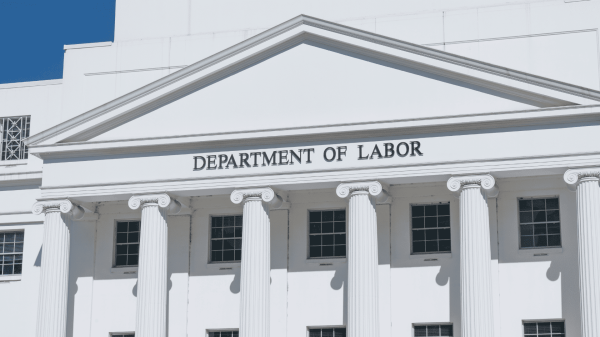 This month, the DOL issued a favorable opinion letter addressing a critical Live-In pay issue (excludes CA and CO). Our team here at AxisCare is excited to help fund this effort – we look forward to helping address numerous other industry issues in 2021.

Read the letter below written by Littler Mendelson’s Angelo Spinola for detailed information on the Opinion Letter and how to run a compliant live-in/extended shift program.

Read About Our Ground-Breaking Partnership with Littler Mendelson>>

Happy New Year! I hope you had some time to rest and recharge over the extended weekend. We received some good news on New Year’s Eve: The U.S. Department of Labor (DOL) issued an Opinion Letter related to the “shift rate,” inclusive of the pre-payment of overtime, some agencies pay their caregivers who work live-in and extended shifts of 24 hours or more.

Littler represented a group of agencies that pooled their resources and funded this request – giving us another great example of how the industry can come together in an economically reasonable way to address a commonly felt problem. We continue to bat a thousand on DOL opinion letter requests and I want to personally thank those providers that stepped up to fund this effort. This is a wonderful result for the entire industry! Please keep a record of this communication and opinion letter which may be important for a good faith defense somewhere down the line.

Please forgive the length and technical nature of this alert, but we regularly receive many questions about this complicated area.

It is important first to define two key terms. A “live-in” under federal law is a caregiver who works “extended periods of time” in the client’s home. This could be someone whose sole residence is the client’s home, or it could be someone who spends as little as five consecutive days or nights per week in the home (such as working Monday at 7:00 a.m. to Friday at 7:00 p.m.).

An “extended shift” caregiver is at the client’s home for over 24 hours, but something less than the time required to be considered a live-in. This distinction is most important for determining how many hours can be potentially excluded from pay. An extended shift caregiver may have up to eight hours of sleep and potentially three hours of meals excluded from pay for each 24-hour period (depending on state law). Live-in caregivers may have even more downtime excluded when they are free from work without losing the ability to deduct additional time for bona fide sleeping time. The contours of sleep/meal/downtime requirements are beyond the scope of this alert, but we are happy to discuss if you have questions!

We requested this opinion because many caregivers and clients have an expectation that live-in and extended shifts should be paid a consistent amount per shift if a caregiver works the same number of hours. They frequently discuss compensation for such shifts on a “per-shift” basis. Some agencies have found they need to quote pay rates in this way to encourage caregivers to take certain assignments. This Opinion Letter is a very helpful development for those agencies. And given the ongoing pandemic, the demand for such arrangements will likely only increase making it more likely that other agencies can take advantage of this Opinion Letter. If you are not currently offering live-in/extended shift options to your clients, you may want to consider it now.

The complication is with the way caregivers view their pay; it isn’t consistent with the federal Fair Labor Standards Act (FLSA). Under the FLSA, non-exempt employees (such as caregivers employed by home care agencies) must be paid at least the minimum wage for all hours worked and an overtime rate of at least 1.5 times their regular rate for hours worked over 40 in a workweek (we are putting aside more restrictive state laws, such as those in California and Colorado). So the amount a caregiver technically earns in the first few days of working a live-in shift is actually much less than she earns in the last few days of a workweek, as the first few shifts will be paid almost exclusively at the regular rate, and the last few shifts will be paid almost exclusively at the overtime rate. (Suppose a live-in caregiver is expected to work 16-hour shifts over a five-day workweek and be paid $10/hour. The first two and a half days will be paid at $10 per hour (2.5 X 16 = 40) and the second half of the third day, and the fourth and fifth days will be paid at $15 per hour (the overtime rate). Overall, she earns $1,000 for the workweek – $400 (40 X $10) in straight time and $600 (40 X $15) in overtime.)

If an agency simply tells a caregiver she will earn $200 per shift ($1,000 divided by 5 days) without explaining this is a blend of regular and overtime rates, the caregiver may misunderstand her effective hourly rate to be $12.50 ($200 divided by 16 hours). If the caregiver talks with a lawyer and explains how she understands the situation, the attorney may file a lawsuit on her behalf (and on behalf of all the other employees of the agency) claiming that she and the others were never paid overtime. The claim suggests they deserve $6.25 in additional pay (that would be the overtime premium due on $12.50 regular rate) for every hour worked over 40 hours in a workweek. If the caregiver succeeded in such a lawsuit, she could recover $250 per workweek she worked a regular schedule of five 16-hour shifts. If the agency had multiple employees in such a situation, that could become a big number quickly! (This is a good reason to have an arbitration program with a class action waiver.)

For years, we have discouraged quoting pay in these terms for just this reason. However, we understand the practical pressures you face and therefore have structured our template live-in and extended shift agreements to explain exactly how the caregiver is actually paid. This Opinion Letter now buttresses that explanation, verifying this approach follows the DOL’s understanding of the FLSA.

To take advantage of this Opinion Letter, an agency MUST properly explain its pay method in a written agreement with the caregiver. As you can see, this can get confusing. And if the arrangement isn’t written down and explained, it will be difficult for the agency to explain to a court that the caregiver was mistaken in her belief.

Another complicated area, which must be addressed in the agreement, happens when a caregiver works more or less than the number of hours the parties expect she will work. The Opinion Letter speaks to the situation where she works more; she should be paid at her overtime rate. But, it is silent on what happens when she works less. In the letter requesting the Opinion, we provided an example (based on much the same scenario as in this alert) where the employee would be paid the same rate if she worked two of the five shifts in a week. Thus, in our example, she would be paid $400 for working two shifts. This is technically an overpayment, given that the employee actually worked only 32 hours and therefore technically would have earned $320 for those shifts. But, this is the tradeoff for this arrangement and the DOL did not flag the overpayment as an issue.

The final important point to note from the Opinion Letter is the need to maintain accurate records. As an employer, the agency must track actual hours worked each week. In a lawsuit, it is the agency’s word against the caregiver. And if the agency cannot produce records to substantiate its position, the caregiver’s recollection of how much she worked will control. It is important that an agency not just track the start and end of each workday, but also track any other periods when a caregiver isn’t supposed to be on-the-clock. Similarly, the agency needs a method to track any interruptions when the employee is not supposed to be working but is called to work (such as the client’s middle of the night trip to the restroom that the caregiver must assist with).

As you can see, running a compliant live-in/extended shift program is complicated. But, it can be done and it just got a little bit easier. And, it will meet the demand you likely are facing in the marketplace. If you would like additional guidance on operating such a program and help drafting the right agreements, we would be happy to discuss. Also, if you would like us to review your current approach, we would be delighted to assist you. One thing is certain, agencies should not be afraid to offer live-in and extended shift services. This opinion letter provides ample protection for those programs set up in a compliant manner with the proper documentation.

Thank you for your continued support and may you have a prosperous and healthy New Year!